Shouting out to challenge – loving gamers. Let’s get rid of any life pressure with this game!
Download APK
nan/5 No votes
Report
Developer
GEMMOB AdventureVersion
1.6.1
Updated
June 29, 2020Requirements
5.0 and up
Size
59MGet it on 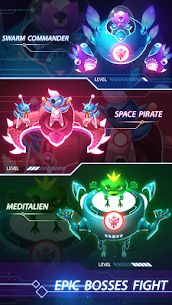 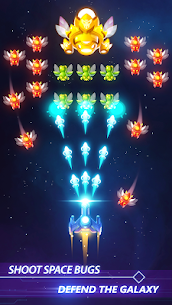 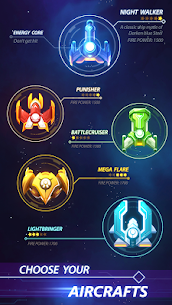 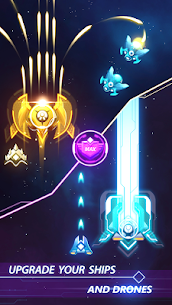 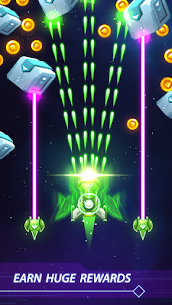 Shouting out to challenge – loving gamers. Let’s get rid of any life pressure with this game!
If you like space shooting and survival games and like to simulate sky shooting in for glory and duty, then Galaxy Space Invader is the one you should be shooter playing.
Brace yourself and take responsibility for your Galaxy Shooting Space Shooter is a shoot ‘em up game with new features and special events. Love blowing evil monsters up? If YES, this is a right choice for you.

Our beautiful galaxy is under attack by wicked alien monsters, and all are calling you, a Space Defender! Be a brave guardian of this galaxy. Space Shooter : Galaxy Attack game puts you at the galaxy on fire with infinity shooting war. You will be faced an increasingly large number of enemies and deal with many striker bosses in space war. Are you sure you will survival the bullet hell ?

Take control of your aircraft and fight against those intruders. Make sure each battle you enter will be an epic one and shoot down every single monster that dares to swarm our galaxy.

Fail to strike the evil down? Never surrender, you brave shooter! Try again and take your revenge on them in your next play.

HOW TO PLAY:
* Tap screen and hold to move and hunt down all enemies.
* Collect items to upgrade or change your weapons.

UNIQUE FEATURES:
* Free to play with no Internet needed.
* Stunning graphics with marvelous lighting and special effects
* Various deadly dangerous enemies and enraged bosses
* Diverse air-crafts and drones to ace the fights
* Special events available
* Ability to use active skills during the space battles.
* The game is packed with 160+ levels on various difficulties.
* Beautiful levels with immersive missions to complete.
* Multiple extreme boss battles.
* Upgrade your guns and lasers.

NEW FEATURE:
* Aircraft upgrades can now be up to 250 levels, with 1 to 5 stars ranking. You can make it possible by obtaining materials as you go through the levels. As your aircraft evolves, you will experience new different bullets, shooting styles and of course, a whole new look of your aircraft.

The Galaxy's future is now in your hands. Get your weapons ready for infinity battle in this shooter games