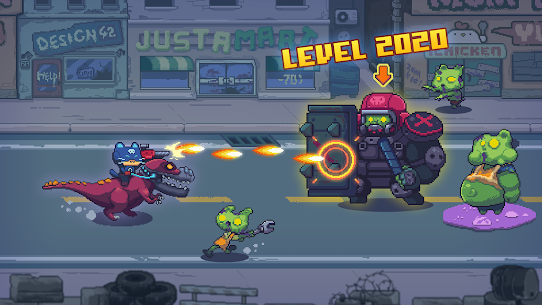 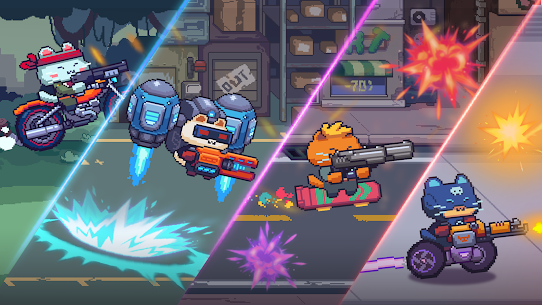 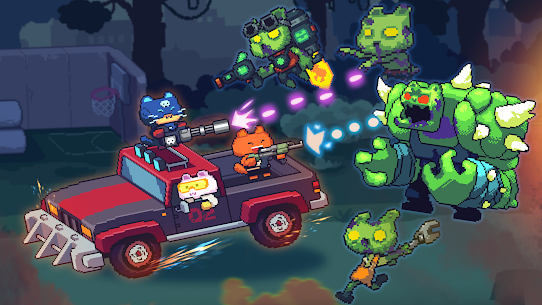 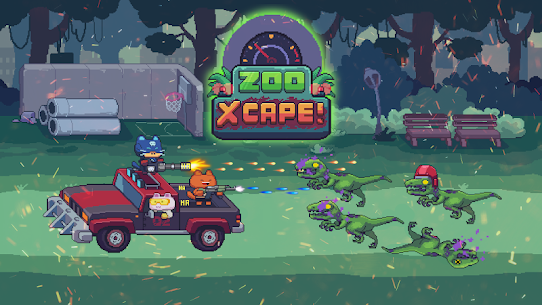 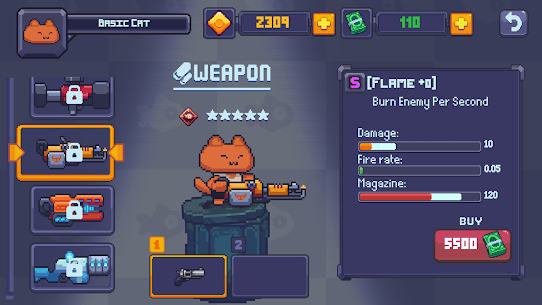 Play the best RPG action-packed zombie cat shooting game with the best adorable art where you can assemble and upgrade your cat gunners, and shoot up legion of relentless zombie cats. Challenge yourself and defy the toughest, brainless and undead pixel zombie cats bosses. Do you have what it takes to be the cat defender and free the Cat Planet from zombie invasion?

1. DEFEAT THE LEGION OF ZOMBIE CAT BOSSES.
It’s time to put your shooting and survival skills to the test by defending your cat planet and overcoming the horrendous and dreadful zombie cat boss battles with your Cat Gunners Super Force. Confront 6 undead cat bosses per level Step into the Zombie Cat Apocalypse and shoot ‘em up to claim back the freedom of your home planet from the corrupted cat corpses.

2. UNLOCK PAW-SOME ADORABLE SUPERCATS.
Earn coins and bucks as you play to unlock members of the Cat Gunners Super Force and upgrade their stats: like power up damage, increase health base and speed to blast off mindless zombies.

4. POWER UP WITH ULTIMATE MOUNTS
Obtain various awesome different mounts and rides to help your cat defenseder from the zombie invasion like Hoverboard, Motorbike and T-REX.

5. ENGAGE IN CAT-ASTROPHIC BATTLES.
Step into the stunning pixel-inspired Zombie Cat-Apocalypse and shoot down diverse types of Zombie Cats.
Learn and improve your skills to adapt and survive from 3each different game modes types of undead kittens.

Game features:
An action-packed shooting game filled with endless and brainless zombie cats
Beautifully designed with stunning pixel-inspired art visuals.
Level up and upgrade your Cat Gunners along with many variety of deadly and destructive guns.
Complete missions with 3 game modes with 6 undead cat bosses per level.
Unlock wild and out of this world mounts like a jetpack or a giant T-Rex to help you overcome zombie cat invasion.