Sentinels of the Multiverse

“This is a must have addition to your digital board game collection.” - Bradley Cummings, BoardGameGeek.com
Download APK
4.6/5 Votes: 1,232
Report
Developer
Handelabra GamesVersion
3.0.10
Updated
November 22, 2019Requirements
4.1 and up
Size
50MGet it on 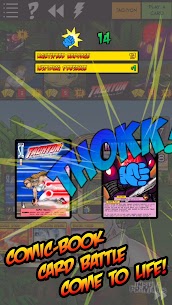 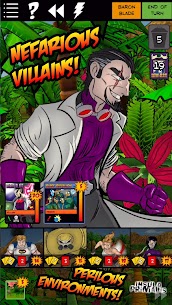 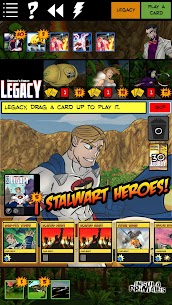 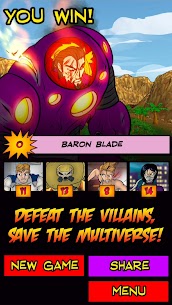 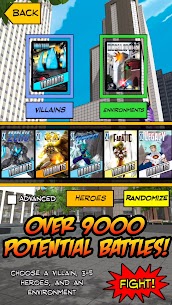 “This is a must have addition to your digital board game collection.” – Bradley Cummings, BoardGameGeek.com

“Sentinels of the Multiverse is another great adaptation that continues to bridge the divide between tabletop and tablet screen.” – Rob Thomas, 148Apps.com

“Whether you’re a fan of tabletop gaming or not, this game has a lot to offer.” – Conor Lorenz, Gizorama.com

“The quality of the app is phenomenal, the production is beautiful, it’s just a lot of fun – Definitely worth $10!” – Duke of Dice Podcast

Calling all Sentinels! Do you have what it takes to defend the Multiverse? Compose a team of comic book heroes, each with their own playstyles, backstories, and grudges. Pit them against a variety of maniacal and formidable villains. Defeat your enemies and save the Multiverse!

Sentinels of the Multiverse is the award-winning game in which players join forces as heroes to combat a dastardly villain in a dynamic environment.

The digital version of SotM plays like a comic book come to life! Control an entire team of heroes in single player, or head online and join heroes from around the globe in multiplayer. This is cooperative card-battle like you’ve never played before!

It also includes several unlockable variant cards:
• Variant heroes with alternate powers and backstory
• Variant villains bring an all new twist on the battle
• All are unlockable via secret Sentinels storyline-based challenges!

Every rule & interaction in the game has been carefully adapted and thoroughly tested by expert Sentinels players, as well as the designer himself. If you’re wondering how a certain situation works in SotM, this game is the ultimate rules lawyer!

Features:
• Original music brings the Multiverse to life like you’ve never heard before. Rock out to the official Sentinels Theme Song, ambient tracks for each environment, and ending themes for each villain.
• Beautifully rendered environment backdrops put you right in the action.
• Brand new artwork for every Hero and Villain in the game, created by SotM artist Adam Rebottaro himself.
• Over 9,000 different potential battles to choose from.
• Play a solo game with 3 to 5 heroes or pass & play with your friends.
• Cross-platform online multiplayer with friends and others from around the world.

SotM is compatible with Android devices with NEON CPU support. Older devices with Tegra 2 CPUs are not compatible. The recommended minimum amount of device RAM is 1 GB.

For more information on SotM, check out SentinelsDigital.com

• Fixed a problem where the tutorial would get stuck on Legacy skipping his turn for Volcanic Eruption.
• Advanced difficulty for Scions is now preserved when restarting the game or trying again.
• Fixed an issue where Advanced Aeon Master could play too many Aeon Men at the start of the game.
• Fixed a problem where the game could get stuck at the end of Sanction's turn.
• Various other bug fixes and improvements have been made.